For most of us, substantial knowledge about a second field can only be acquired at the cost of reduced expertise in our primary field. This is what we call “expert’s dilemma”: the more interdisciplinary you become, the less credibility you may have with your peers.

Does increased interdisciplinarity really lead to more insights? Meta-research – research on research – has investigated this using bibliometric approaches: a paper’s impact can be approximated by the number of citations it receives, while its interdisciplinarity is reflected in the diversity of the works it cites. The results are contradictory. Some studies found that adding research fields to a work was associated with an increase in impact, while other studies found that more interdisciplinarity is not necessarily better [12–17]. Digging deeper into the association between impact and interdisciplinarity has revealed its benefits, but also its costs. Of particular utility is the distinction between different forms of interdisciplinarity. A positive correlation was detected between impact and the variance of the references’ fields; however, if the different fields in the references were too balanced or if the fields were too distant from each other, this was associated with a lower number of citations instead [16]. Night science explorations may thus be most fruitful if they explore the adjacent possible [10] – the undiscovered knowledge that is still within reach from a given discipline, even if we have to stretch out beyond the field’s artificial borders. Viewing these relationships from the angle of the individual scientists, though, unearths an uneasy truth: those who engage in interdisciplinary research tend to be less productive than the experts [18]. At least in part, this may be a reflection of the difficulties involved in publishing interdisciplinary work.

Such meta-research has quantified what many of us have experienced first-hand: a tension between the disciplinary and interdisciplinary aspects of science. As we know more about other fields, our creativity can venture further and in other directions. This empowers our night science. But on the other hand, an interdisciplinary scientist will likely lack some of the intimate knowledge expected of experts in his or her main field, and many peers will see this as an indication that this person is not to be trusted. There are a few polymaths, true experts in multiple fields; but for most of us, substantial knowledge about a second field can only be acquired at the cost of reduced expertise in our primary field. This is what we call “expert’s dilemma”: the more interdisciplinary you become, the less credibility you may have with your peers (Figure 1). Thus, while the interdisciplinary person coming in may have a good idea, it might be dismissed because he or she does not know the ins and outs of the field; and when it is time for a grant panel or a journal editor to evaluate the work, why take it seriously? So while scientists sing the praises of interdisciplinarity, actually working in an interdisciplinary manner as a person can be a professional liability. Interdisciplinarity certainly enhances our night science creativity, but it may at the same time stifle our day time careers.

In response to the expert’s dilemma, different scientists have settled on different positions along the spectrum. Some scientists feel comfortable working at the left extreme of the plot, as a highly specialized expert in a particular field. They will spend many years, often decades, to arrive at an intimate understanding of a particular system. The discovery of the molecular pathway of programmed cell death [19] and protein degradation [20] are examples of this strategy. And of course there are always the Erdös’s of the world who are continuously changing fields – true scientific nomads. But as always, a middle ground may provide the best tradeoff and may constitute the answer to expert’s dilemma. 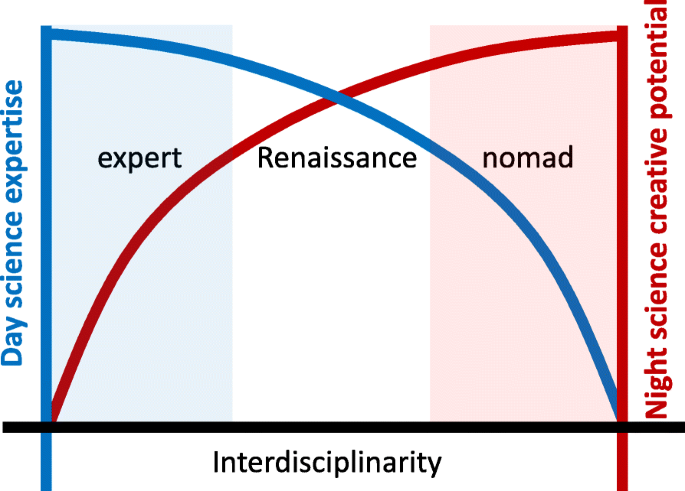 Figure 1: Expert’s dilemma. An increase in a scientists’ abilities for creative
interdisciplinary thinking is almost inevitably linked to a loss in expertise and thus
credibility in their home field, reducing the acceptability of the work to their peers.

For more: check out our piece entitled ‘Renaissance minds in 21st century science‘

View all posts by yanaiitai